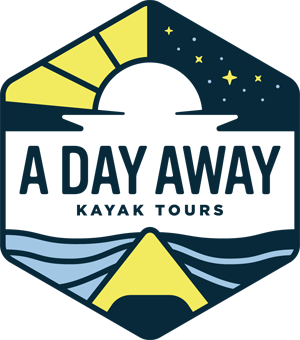 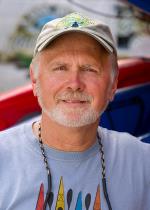 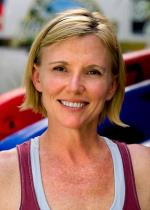 Elisabeth
The A Day Away Story
A Day Away was born in 1996 to Titusville native and Eco Tourism enthusiast Laurilee Thompson. At that time it was known as “Osprey Outfitters”. Soon after its birth the business received a new name as it changed hands from LaurieLee to Mr. Rick Shaffer - A Day Away Kayak Tours - with its base of operation being the Merritt Island National Wildlife Refuge. Rick was training in the medical field and unable to focus his full attention on the struggling little business.

Now enter the current owners, Mike and Elisabeth Mahan. In late 2004 Mike came across Rick while looking for kayaks to use within an outdoor adventure ministry. After the purchase of some kayaks and a short conversation, Mike came home very surprised to be the new owner of A Day Away Kayak Tours. His initial plan was to involve some students and have some fun using the business as a tool for learning. In Early 2005 through a series of life changing events Mike began working the business himself with a small group of friends. And, by mid-2005, A Day Away Kayak Tours was again up and running full time offering tours on the Merritt Island National Wildlife refuge.

What an adventure Mike and Elisabeth have been on since those early days in 2005. Constant growth and evolution have been the norm...from running one very old van and trailer with 20 seats and 2 staff, to our current fleet of 4 vehicles; 4 trailers; 96 seats (replaced annually); a small motorized fleet and a 6 passenger pontoon boat. A Day Away has also grown to employ a seasonal staff of 20-24 guides, operations manager and office staff all of which are more like a family than a group of employees. In 2015 A Day Away was awarded the Certificate of Excellence from Trip Advisor.

In our rushed electronic world which often leaves people nature deprived, Mike and Elisabeth have made the goal of A Day Away to offer quality tours with quality equipment led by people of excellence ensuring every participant a reconnect with nature that leaves them in awe of the amazing creation surrounding them.
Call! 321.268.2655
BOOK A TOUR
BOOK A TOUR
Titusville, FL 32796
Powered by Online-Access All Rights Reserved © 2001-2022
Privacy Policy